An astronaut came to my work yesterday! Chris Hadfield did a talk at the elementary school I work at and he shared photos from when he was in space. The picture that I have below is what Chris saw when he was leaving Earth in a rocket ship.  The green in the horizon are the Northern Lights! So freaking cool. I couldn't stay for his whole presentation, I had to peel myself away from the talk; I wanted to hear what he was going to say about living in space and I was even hoping to ask him a question. I cannot even fathom what it must be like to be in the atmosphere. Can you imagine being amongst the universe? OMG. The UNIVERSE. He's like a superhero to me.  He shared a story where he put on his space suit,(it's so heavy, it's about twice your body weight) and got out of the spaceship to fix something on the door or something on the exterior of the rocket ship. As he got out, a tear formed in one of his eyes and kind of maneuvered its way to the other eye, causing him to be temporarily blind. He was in the darkness. He was the darkness.  He has a YouTube channel with over 300k subscribers and has a TED Talk. 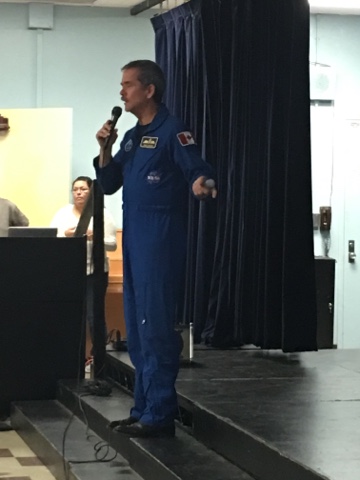 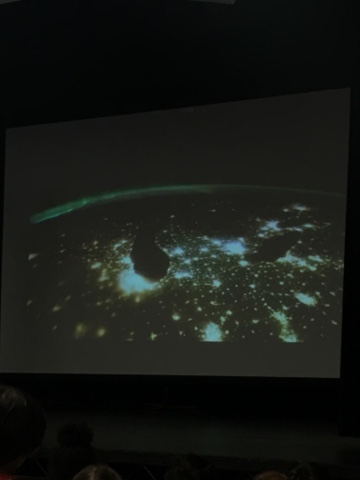 Jess
I'm a dreamer who wants more out of life. I'm always exploring and constantly wanting to create art in mysterious ways.